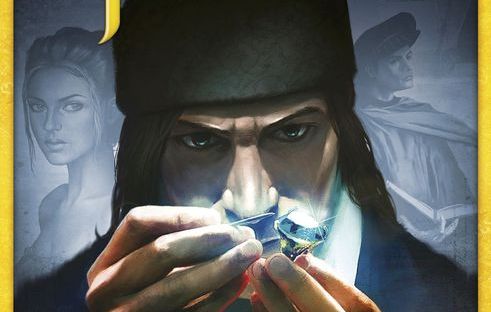 The original title of this article was going to be “1,753 Emma Stone GIFs that will make you say ‘WTF?!?’ while playing Splendor”, but I decided against that. All of those things have nothing to do with Splendor, but if that article did get someone to try a new kind of board game, I wouldn’t complain.

“Gateway” is a term given to a lot of games like Ticket to Ride because these are games that anyone can play, regardless of their gaming background. Gateway games have a lot of things in common with each other and Splendor fits the description very well. Of course, in my opinion any game could be a gateway game for the right person, but Splendor is a giant net compared to a bear trap; it catches the attention of many more people than a complex war game. What makes Splendor so great? Let’s get to it!

1. Easy to teach, easy to play

It has been said that board games are the only hobby that requires both a reading comprehension and oral exam before being able to play a single game, meaning you have to understand the rule book and be able to teach how to play the game to others.

Luckily, Splendor has a lean set of rules and can be taught in less than a minute. On your turn, you can take gems or buy a card. Boom. That’s the gist of the game in eleven words. Of course there’s a few more things than that, like the fact that cards discount future purchases, but a simple rule book can work wonders in helping new players stick around.

Splendor also has a simple premise: you are a gem merchant and you want to be the richest in the land. Who hasn’t had fantasies of enormous wealth? Now’s your chance to hold a handful of diamonds in your hand and use them to buy EVEN MORE DIAMONDS. I don’t care who you are, that sounds like a good time.

2. The pieces are outstanding

One of my favorite things about board games are the pieces. There is something really satisfying about picking up pawns or cards and physically interacting with the game and other people. In this aspect, Splendor has knocked it out of the park in two words: poker chips. Each colorful gem has a good heft and clinking them together is extremely satisfying. The gems could have easily been cardboard tokens, but these chips make this game special.

Growing up, I played a game of Risk that lasted five hours. By hour two, I was turtled up in Australia stuck in game limbo; I was strong enough that I couldn’t be destroyed quickly, but I was too weak to win. I was stuck in the Outback, doomed to three more hours of rolling dice and playing cards with little to no effect.

Splendor and other gateway games boast a quick playing time, usually 30-45 minutes. It’s easy to substitute an episode of Storage Wars for a game that engages your brain with others at the table. The game moves along at a good pace and even speeds up at the end, leaving many people wanting to try again, itching for a better score. Splendor is very addicting and I’ve found myself playing three games in a row, it’s that good.

Gateway games can work to remove the weird stigma that exists against board games. Lots of people have horror stories of playing a game of Monopoly that was never as fun as the moment they stopped playing.

Splendor shows that games nowadays are very different from rolling a die and moving that many spaces like in Clue or Monopoly. Games can have tough decisions and deep strategy, but still be extremely accessible to unfamiliar parties. Gateway games differentiate themselves from mass market games with game play but they don’t get too distant in order to appeal to many different people. It is a fine line to walk, but great gateway games like Splendor pull it off.

All of these points would be worth nothing if Splendor wasn’t a blast to play. Everyone is racing to grab the gems and cards that will push them to victory, no matter who gets stepped on along the way. You can play different ways, from trying to please nobles to building up a massive gem engine. The tension ramps up as players start gaining more valuable cards at a quicker rate, leading to the final round where the true gem master is crowned.

Splendor is a great game to share the hobby of board games with those that express an interest in learning more. Don’t shove your passion for games in others’ faces by roping them into doing something they don’t want to do, but gateway games are an open door to the hobby for those that are passing by and looking in. You can shout through the door, “Hey! Do you want to play a game?” and Splendor can be the welcome mat.

That is some pretty cheesy stuff I just wrote about cardboard and plastic, but hey, I couldn’t find enough Emma Stone GIFs that fit how I feel about this game. Just kidding, there were plenty, but it was just WAY too much work. Splendor speaks for itself.